Pandora Radio Advertising in the Spotlight

The media landscape is continually evolving and since the year 2000, when Pandora stepped onto the scene, the industry competition continues. Pandora’s mission statement is "to enrich people's lives by enabling them to enjoy music they know, and discover music they'll love. Anytime. Anywhere."

Pandora means “all gifted” in Greek, and according to Greek mythology Pandora received many gifts from the Gods including the gift of music from Apollo. With more than 250 million registered users, many likely consider the free and customizable music of Pandora to be nothing short of a gift.

Free streaming music has become so commonplace that it seems hard to think back to the days when free music was a major social controversy (remember the Napster lawsuit?). But Pandora is a different animal – a venue where individual preferences are captured to build unique personal libraries that offer everything from Beethoven to Billy Joel to Beyoncé. Pandora is legally permitted to provide service through royalties paid to artists, and it’s the advertising dollar that gives Pandora the funding to pay for these rights.

It’s not difficult to see why Pandora has become so popular. With the launch of their Thumbprint Radio, users are able to listen to the songs they have given a “thumbs up” throughout their time on Pandora. In order to assure you haven’t missed anything, Thumbprint Radio also guides users though music based on the genre they continuously like.

Traditional or “terrestrial” broadcast stations decide what you will hear based on their format and music playlist, but Pandora allows the listener to literally build their own format and playlist based on their mood. With the boom in internet radio, traditional radio stations are doing what they can to keep up with the “streaming” tide. Terrestrial radio is broadcast through wireless transmission of signals, but many of these traditional stations are now streaming their stations online rather than strictly through the air waves. This gives people the ability to listen to their favorite radio station via the internet, whether it’s through a computer, tablet or smart phone.

In the advertising world, there is still a core difference between terrestrial radio, and Pandora and its counterparts. For obvious reasons, internet radio has a generally younger audience of core listeners, hitting primarily adults 18-34 and 18-49, while older demographics are sticking to radio as we knew it.

Why is this important to the advertising industry? Local audience measurement is now available in the top 100 radio markets allowing media buyers to use traditional buying platforms for side-by-side comparisons of Pandora vs. terrestrial radio stations. When looking for overall reach and frequency of a given campaign, this can be a very useful reporting tool.

However, the question remains: is Pandora really a competitor of traditional radio advertising dollars, or is it a more appropriate to consider Pandora as a source for advertising in the digital realm? A Pandora purchase comes with companion banners on mobile, tablets and computers, but terrestrial radio stations are also following this trend, offering digital banners as added value on buys. Either way, Pandora has proven itself to be a worthy player in the ad game and true competitor for advertising budgets. We’ll be keeping a close eye on the trend as the industry continues to evolve...stay tuned!

What does #Juneteenth mean to us?
"Big Game Sunday"​ Ads Will Be Dramatically Different This Year
Through The Eyes of an Intern Blog Series Part 3 (Final)
What You Should Know About The Facebook “Special Ads” Category Targeting
The Dos and Don’ts of Brand Promotion During Negative News Cycles
Through The Eyes of an Intern Blog Series Part 2
Through The Eyes of an Intern Blog Series Part 1
Avoid These Common AP Style Mistakes Make by PR Pros
What you need to know about the Facebook Boycott starting July 1, 2020
Top 10 Tips for Media Interviews in Uncertain Times
Client Spotlight: "Harley at Home" Eases Transition to Remote Learning
Advertisers Adapting to Change
US Census-We Need Your Participation!
Marketing Communications Advice for an Unprecedented Global Pandemic
4 Ways to Effectively Communicate About COVID-19
4 Reasons to Consider a Retainer Relationship with Your PR Agency
What PPC Managers Need to Know to Start the New Year Off Right
Four Trends PR Pros Should Follow in 2020 to Maximize Success
Five Key Takeaways from the 2019 IAAPA Expo
How to Set SMARTer Marketing Goals for the New Year
4 Things to Test Before Sending Out Your Next Email Campaign
Three Ways Attraction Marketers Can Increase Foot Traffic this Holiday Season
How to Overcome the PR Challenges of Higher Education
Three Ways to Make Your Bank Stand Out in Today’s Digital Market
The Trifecta of Transparency in the Ad Agency World
6 Ways Top Destinations Dominate Paid Search
Three Ways to Thrill Theme Park Visitors with Authentic Content
Tipping Point Spotlight: Tina Latimer
How to Create a More Meaningful Persona for Your Next Media Buy
2019 Industry Awards Recap: Tipping Point Takes Home 14
4 Common Mistakes You're Making With Your SEM Campaigns
Strategies and Tactics for Weather-Triggered Advertising
The Missing Ingredient That Cost Pepsi, Bloomingdale's and Bud Light Millions...and Hurt Their Reputation
2019 Google Ad Budget Guide: More Traffic, Opens and ROI
3 Insights from the 2019 TV Upfronts That Will Help You Crush Your Fall Media Buy
5 Reasons You Should Hire an Agency for Marketing Communications
3 Ways To Improve Your Brand’s Storytelling
Nielsen TV Ratings Shifts Every Advertiser Should Be Aware of in 2019
6 Common Digital Marketing Mistakes Local Businesses Should Avoid
Is Your Brand Ready for the Digital Takeover?
Six Tips for Developing a Compelling Focus Group Discussion Guide
Planning a Focus Group? Make Sure Your Facility Adds to Your Success
DRAFT
Building an Expert Internship Model: What I learned from My Tipping Point Internship
Top Marketing Trends for 2019
The Art Of The Apology: How Your Organization Says “I’m Sorry” Really Matters
America’s Game: What You Need to Know About Advertising During the Super Bowl
Google’s Responsive Search Ads: Everything You Need to Know
Time to Get Real: How Augmented Reality is Shaping Brand Engagement
Increasing Engagement: What Makes People Click?
8 Tips to Improve Your Google Responsive Search Ads
Audio Marketing Insights: Move Over Pandora!
Morality & Legacy in Star Wars
The Future of Search Engine Marketing
2018 IAAPA Attractions Expo: Safety and Security Seminar Takeaways
2018 IAAPA Attractions Expo: the Cool, the Weird and the Next Level
The ABCs of Disruption
Future of Paid Search
Research Facility Checklist For Your Western New York Needs
Don't Let Politics Overrun Your Media Campaigns
5 Tips For A Home Run Media Pitch
Media Expertise at FutureView Provides New Perspectives
Building Confidence In The Boardroom
Inbound Marketing For The Finance Industry
Planning A Grand Opening, Special Event or New Location?
Find Your Business Focus in Different Types of Groups
Instacart’s Research: Listen to Your Employees.
Breaking Records with Flamingos? You Heard Right.
Tipping Point Celebrates Buffalo PR Award Wins
Tipping Point Wins Public Relations PRism Awards
Get A Laser Focus Without the “Group” Thinking
The Top 5 Reasons to Hold A Focus Group
Getting Started with Audience Targeting
Social Campaign Boosts Numbers in a Big Way for Nonprofit
Your Recipe for Effective Video Content
Playing Favorites & Not Afraid to Admit it
Identifying Your Audience: Skilled Nursing Homes
Facebook and Your Elected Officials
Long Flights, Missing Bags and Delta's Powerless Social Media
FCC Changes Poised to Reshape the Media Landscape
Tipping Point Named to Rochester's Top 100
Holiday Creep and the Effect on Brands
Kicking Nerves to the Curb: An Intern Perspective
Getting Back to Basics at Content Marketing World 2017
We're Moving up the Charts in the Buffalo-Niagara Area
Tipping Point, partners focus on Buffalo region
Tipping Point Spotlight: Sara Serafin
3 Web Trends in the Healthcare Industry
Four Ways to Market Your Destination to Millennials
3 Steps to Targeting Facebook Audiences
Navigating the Millennial Landscape: Investments and Wealth Management
Tipping Point Rolls out the Welcome Mat for Planet Fitness, Joey Logano
Tipping Point Spotlight: Lindsey Matsuba
Case Study: Digital Ad Campaign Dramatically Increases Online Applications For Counseling Service
What Digital Marketing Tactics are Right for Senior Living?
5 Reasons for a Financial Institution to Create a Content Strategy
Four Must-Have Sections in Your Entertainment Marketing Plan
Client Spotlight: Successful Spring for Buffalo & Erie County Naval & Military Park
A Brand New Pittsburgh: Branding A City
Pandora Radio Advertising in the Spotlight
next storyprevious story

What does #Juneteenth mean to us? 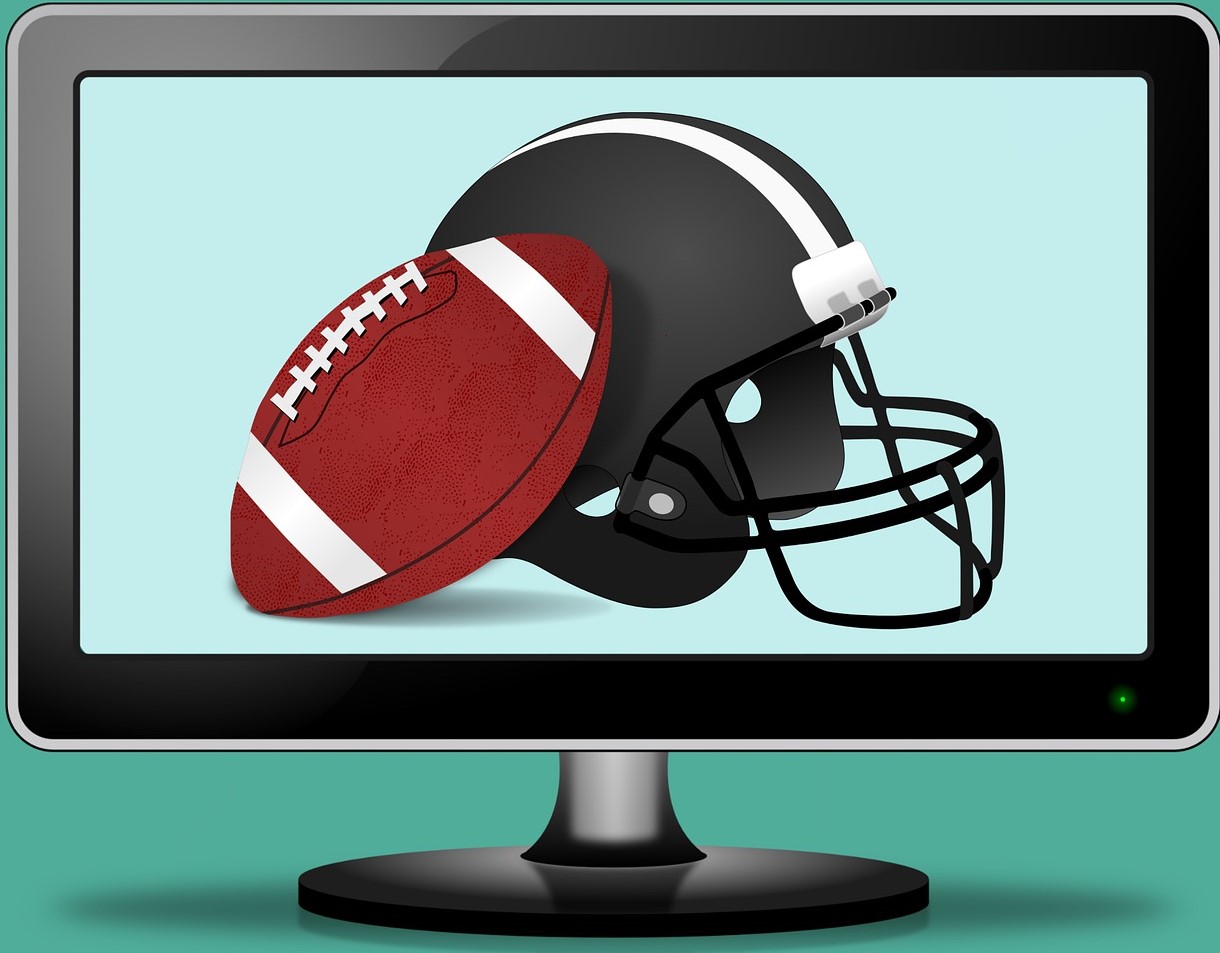