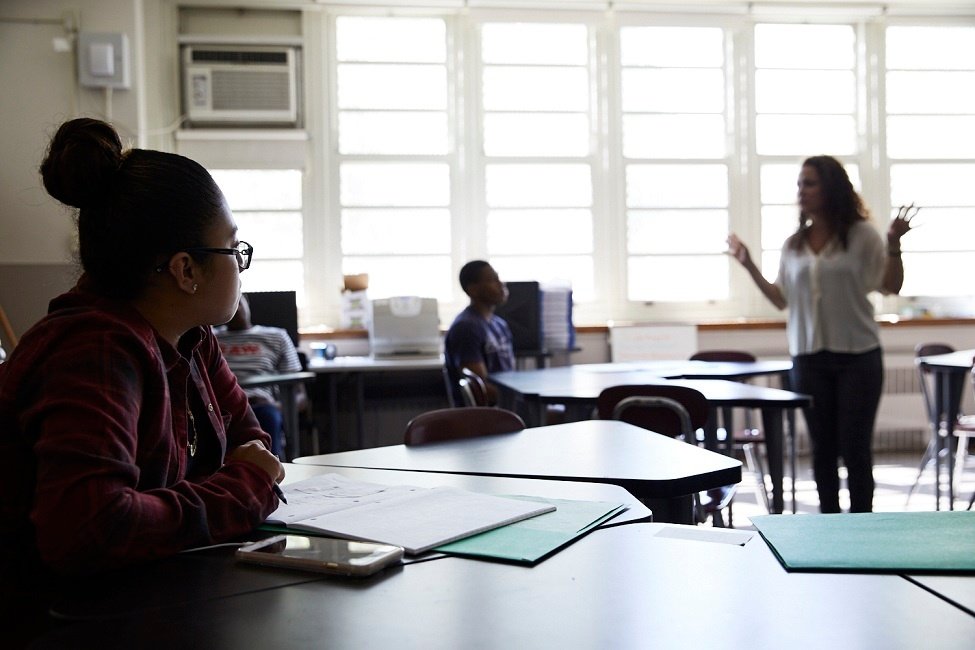 Social Campaign Boosts Numbers in a Big Way for Nonprofit

Much of the work needed to create a successful social media campaign for The Education Trust – New York’s school workforce diversity project had been completed before the first post ever went live.

The statewide nonprofit, a regional off-shoot of a group backed by The Gates Foundation and started by former U.S. Secretary of Education John King, had pulled together a pretty big reveal on public schools across New York State.

Its researchers discovered that Latino and Black students are often taught by whites, and by not educators of the same race or ethnicity as those youngsters.

The Education Trust – New York’s team discovered that roughly one-third of all public schools across the state don’t have any minority teachers. About 115,000 Black or Latino students go to school without mentors that look like them.

Researchers reviewed public data and interviewed students, teachers and school leaders for its project. They sat down for video interviews. They also sent photographers into the schools to document what’s going on across New York State.

They developed a searchable database to view data on minority representation in schools on a district, county and regional level. It also launched a new website, https://seeourtruth.edtrustny.org.

Their work created a compelling story of how students feel more involved, more motivated and more successful when they see role models of the same color in their schools. Educators of color added similar positive outcomes. They said they were better able to communicate and connect with these students than their white counterparts.

Despite all its research, there was still one aspect that the New York City-based group needed help with as it prepared to launch its report in mid-October.

The organization came to Tipping Point Communications needing assistance developing consistent messaging and a regular cadence about its work on social media.

This is where the rubber meets the road for any social campaign.

You cannot have a successful effort without a well-thought out marketing plan. Images, logos, the tone and style of messages need to be targeted and refined.

It involves a better understanding of the language used by an organization. Some develop lists of what they call, their “F-words.” These are clearly articulated words some organizations avoid due their negative connotations.

While anyone connected to a public school in New York State might have an interest in the work of The Education Trust – New York, it’s an audience that is simply too broad to effectively reach.

Instead, we began targeting those ages 35-45 with children in school and those identifying themselves as a school educator.

These individuals are more likely to interact, share, like and comment on the diversity report. The group became targets on the bullseye on our hypothetical dart board.

We began mirroring them in our choices of visuals. Brand logos and other graphics used in the report where shared on social media to further create consistency and cohesion.

Nearly every social post, particularly in the first two weeks of the campaign, linked back to the new website. Tweets were tagged with the #SeeOurTruth. Those quoted in the report were tagged on Twitter and Facebook.

Some posts were targeted through paid efforts. Each post had some sort of visual.

We also audited their social media accounts and created a plan that The Education Trust – New York could use going forward. We stressed that they do not need to post every single day, or even multiple times a day.

Rather, social channels could grow organically by targeting key engagement times and developing a regular cadence.

Develop and approve a monthly calendar of posts, instead of trying to spend 30 minutes a day, first thing in the morning writing a provoking post.

Those social efforts, along with work by The Education Trust – New York, helped push its research into the public’s eye. Daily newspapers in every major metro area in the state, from New York City and Albany and west to Buffalo published and promoted stories on the report.

Web traffic increased as did engagement, reach, impressions and followers on the organization’s social channels.

Profile views on Twitter were up 373 percent in the first three weeks of the campaign. Mentions were up 2,100 percent. Followers were up roughly 15 percent.

Daily reach and page views on Facebook also surged, on some days by more than 400 percent. Followers increased by roughly 137 percent after the page failed to gain a single follower in the month before.

As a result, its message spread and reached targets across the state.